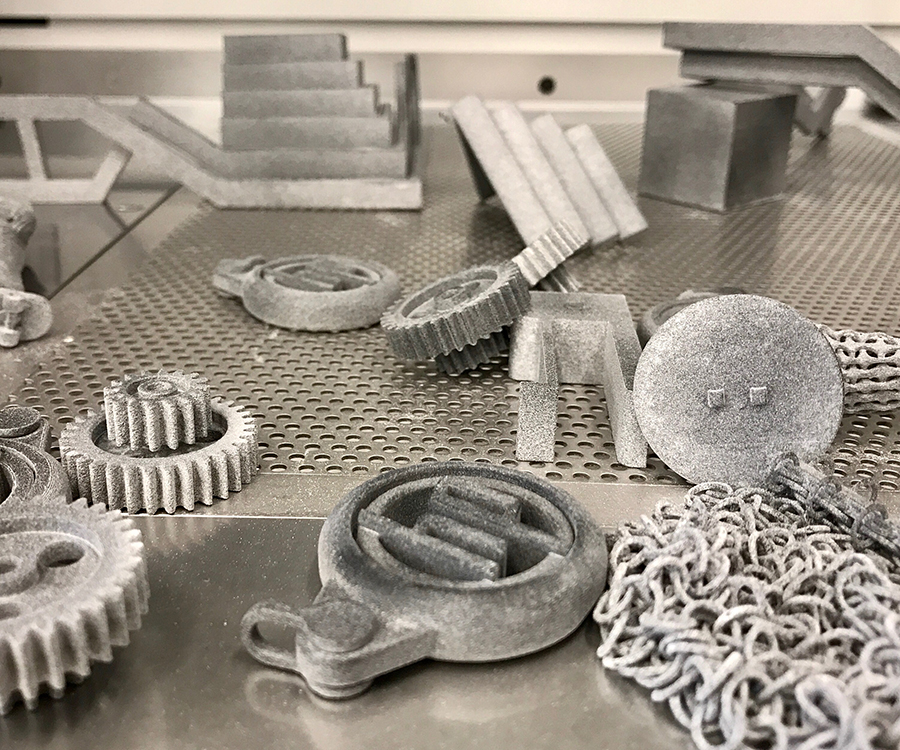 Designing in the world of digital might be done pixel by pixel. In 3D printing, this is referred to as voxel by voxel, allowing researchers to create almost anything. 3D designs that look and feel real, to 3D printing materials that look like the real thing. Stratatsys recently announced their newest software for 3D Printing called GrabCAD Voxel Print. Designing at the voxel by voxel level allows for the creation of higher resolution, complex, and sophisticated prints by manipulating structures and controlling the model. Fine-tune color, and even texture, at the microscopic scale. Voxel-level functionality enables modeling down to the smallest physical element of a 3D printed structure.

Most additive (3D printing) technology is limited by the design tool and available materials. GrabCAD Voxel Print allows the control of design at the voxel level outside of CAD.

At Formnext on Nov 14-17th, we saw several new 3D Printers Printing metals of several varieties, as well as hybrid systems printing metal with CNC for milling and finishing.

Hybrid 3D printing and milling in one machine • The Orlas Creataor hybrid is capable of performing 3D metal printing in direct combination with the precision of a computer controlled industrial milling process. In contrast to traditional milling machines, even complex components and structures can be milled which would otherwise be inaccessible e.g. inside contours or undercuts.

Recognized as “an innovation that shapes the future,” the Production System is the first metal 3D printing system for mass production – from prototyping to mass production.

Prototyping using 3D Printing in Metal will become affordable because of the competitiveness of the market and the number of new entrants.