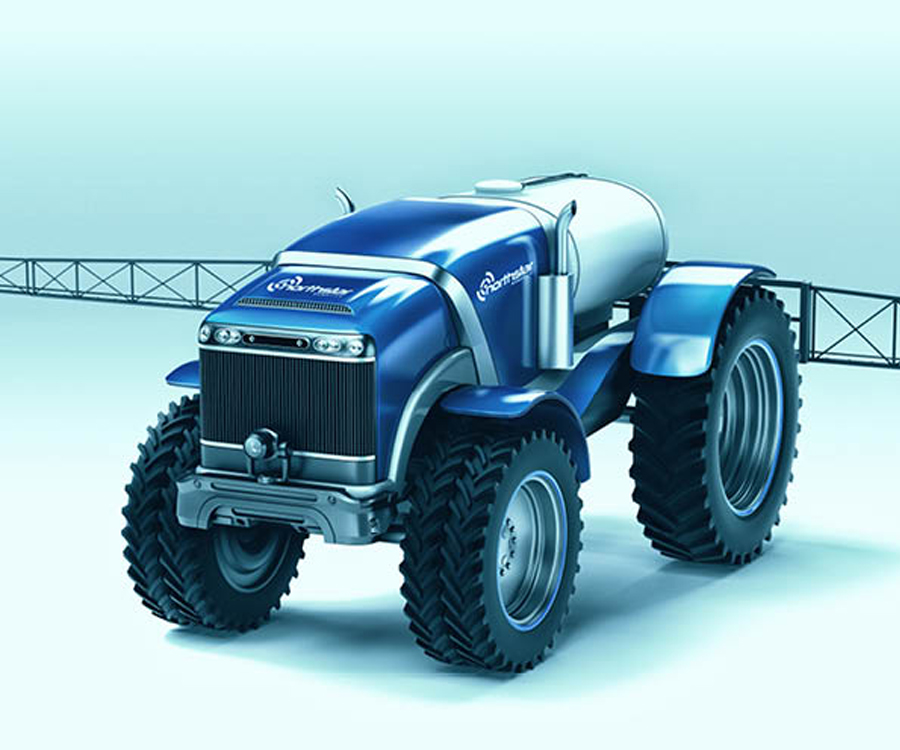 In a world full of wants, innovators are the type of people who can take a step back from the world and ask, “What do we need?” With farmers retiring and fewer people taking their place, one of the world’s oldest and most essential trades is losing its workforce. Enter Northstar Robotics, a Winnipeg company hard at work building the farm of the future.

Founded in February of 2016, the four person team at Northstar Robotics is working towards the “autonomous farm of tomorrow” by developing an intelligent control system, starting with retrofit kits for existing farming machines.

“I looked at what Manitoba does well, and the two things that stuck out were manufacturing and agriculture, so we decided to look at the problems with agriculture,” co-founder and CEO Shawn Schaerer says. “Then we looked at some of the issues like efficiencies, productivity, labour, and we chose to focus on the labour problem first.”

The reason Northstar is retrofitting machines (mostly those under 40 horsepower) is simple: farmers have spent a lot of money on their tractors and combines, and there’s a lot of them out there that don’t need to be replaced. That, and building a fleet of robots from scratch would cost a lot of money.

So, how does a fully autonomous farm work?

“Imagine you’re a farmer and you pull your phone out, you open up our app, you press a button, ‘Farm’, and a fleet of our robots will go out and prep the fields. They’ll seed it, they’ll weed it, they’ll feed it and harvest it, all while the farmer’s on the beach,” Schaerer, who has 20 years of robotics automation under his belt, explains. “That’s our overarching goal that we want to get to in the next five years. It’s a big goal, but it’s something worth doing.”

As the tech has been in development for a year and a half, it’s exciting to hear about how far it’s all come. Luckily, many models of smaller tractors have the same controls, steering, and acceleration, making it easier for Schaerer and his team to build a kit that works with multiple machines.

“We can tap into hydraulic valves and electric actuators,” he says. “On a large tractor it’s hydraulics and electric actuation, so with the technology we have now, we can hit about 50-60 per cent of the vehicles on the market with minimal changes. A lot of the ones after that, like the other 40 per cent, we have to do some other technology development.”

Beyond the kits, Schaerer says Northstar is working with operations, administration and management (OAM) teams on a platform to make everything autonomous from one interface, before eventually plugging the vehicles into their platform.

After spending a few years conducting market research and speaking with farmers and producers in Europe, China, Canada and the United States, Schaerer says Northstar has plans to tackle North American markets before heading to Asia and South America.

One thing appears constant across the world: young people aren’t interested in farming.

“If you look at the United States, it’s hard to get anybody into the country, that’s making the problem worse,” he says. “Then you get companies like Amazon, they’ll come into a local market, put up a warehouse, and pay people $18 an hour to work in an air conditioned building, so why would you want to go work in a field for $12 an hour?”

Schaerer explains how even in countries where labour issues aren’t an issue that farming simply isn’t a draw, and he proposes it’s all about the paycheck.

“If you paid everyone working the fields $60-80 thousand a year, I don’t think you’d have a problem finding people, but in today’s society we don’t want to do that,” he says.

So this seems to be a rare case of a robot not necessarily taking a job, but filling a void where needed, all while reducing costs, and all developed at North Forge.