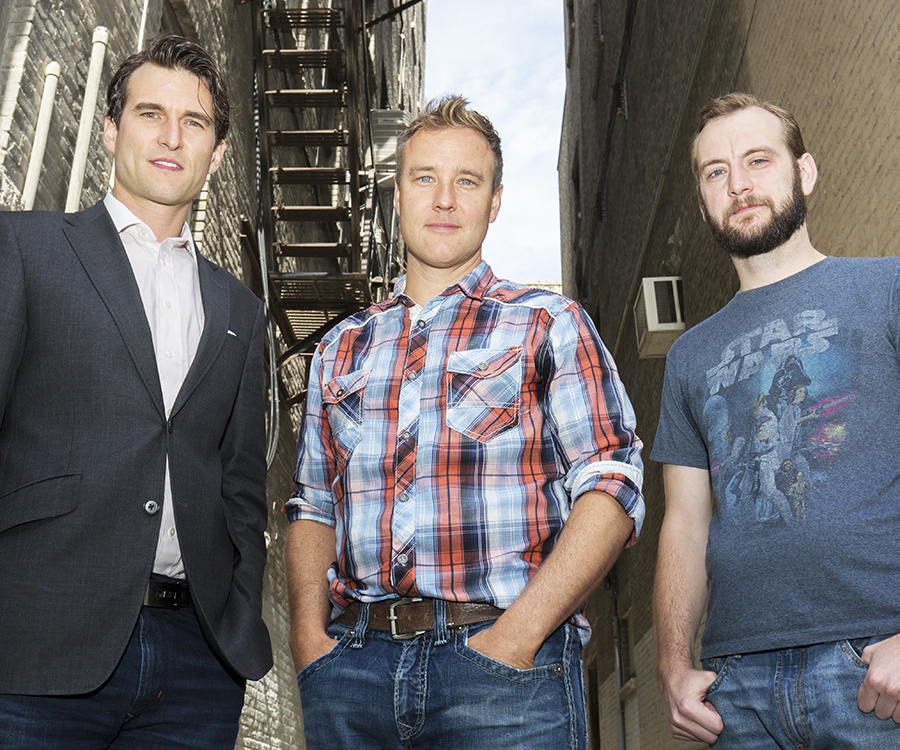 Taking raffle tickets online is a giant leap for games of chance – and more importantly, for the organizations they support.

It was also a big leap for Ian Smith, CEO of Funding Change online raffles.

Smith was at a Winnipeg Jets game in 2014 with money in his pocket, ready to take his chance on winning a share of the 50/50 jackpot. As he searched for a seller, he wondered why he couldn’t just use his phone to buy a ticket.

That thought stayed with him throughout the rest of the game, and continued to occupy his thoughts well after. Determined to find answers, his research revealed that legislation prohibited lotteries sold solely via computer.

In December of 2014, the prohibition was repealed when legislation changed. That was the day Funding Change was born.

Smith’s idea for a new way to purchase raffle tickets moved from wish to possibility. The company is licensed by the Liquor and Gaming Authority of Manitoba and certified by Gaming Labs International.

He asked his friend, Nicholas Tenszen, to join him in the endeavour as Chief Financial Officer, and Dan Major was brought on to build the platform.

The new company found support at North Forge Technology Exchange early on. President Jeff Ryzner was matched with Smith as a mentor. Soon, with North Forge’s help, the idea for the business was validated. Work to build the platform began in August 2015, and Funding Change was launched a year later. Since then, the company has grown from three founders to a staff of 10.

“I can’t say enough about what the mentorship and support of North Forge has meant to us. If you’ve never run a startup, you only see the glamour and success stories.” Ryzner was there to talk us off a cliff many times, said Smith.

His past work as an online marketing consultant informs the company’s decisions. His experience working in the nonprofit sector has provided unique insights into the fundraising pressures nonprofits face.

“They are often understaffed and are excited by being able to have a platform and another presence online for fundraising.” However, nonprofits can be notoriously slow adopters of technology, he said. One of the biggest challenges for Funding Change has been awareness and reassuring organizations that Funding Change is a secure and safe option for their fundraising needs.

Funding Change is launching a new campaign to help. Called Tools of Change, the campaign is a response to recent budget cuts in healthcare as well as the nonprofit sector, including the amount of government funds available for sports teams.

“We want to help,” said Smith. “Nonprofits have incredibly important work to do in our communities and it’s critical for all of us that they have the funds necessary to do it. People love winning stuff, and Manitobans are notoriously charitable. We think that’s a match made in heaven for fundraising through online raffles.”

Investors have bought into the Funding Change model. At the end of January this year, the company closed a deal that saw $1 million raised through strategic local investors. The plan is to use the investment to be able to combine raffle ticket sales at sports events with online raffles, something that has never been done here before. They are also looking to expand beyond Manitoba to other provinces, specifically Saskatchewan and British Columbia.

He remains grateful for the support his company has found here at home. “If you have an idea, the support is here. Go to North Forge, they’ll tell you if you’re crazy or not. Surround yourself with incredible people and you’ll have the best chance for success.”

It’s a win/win for Funding Change.