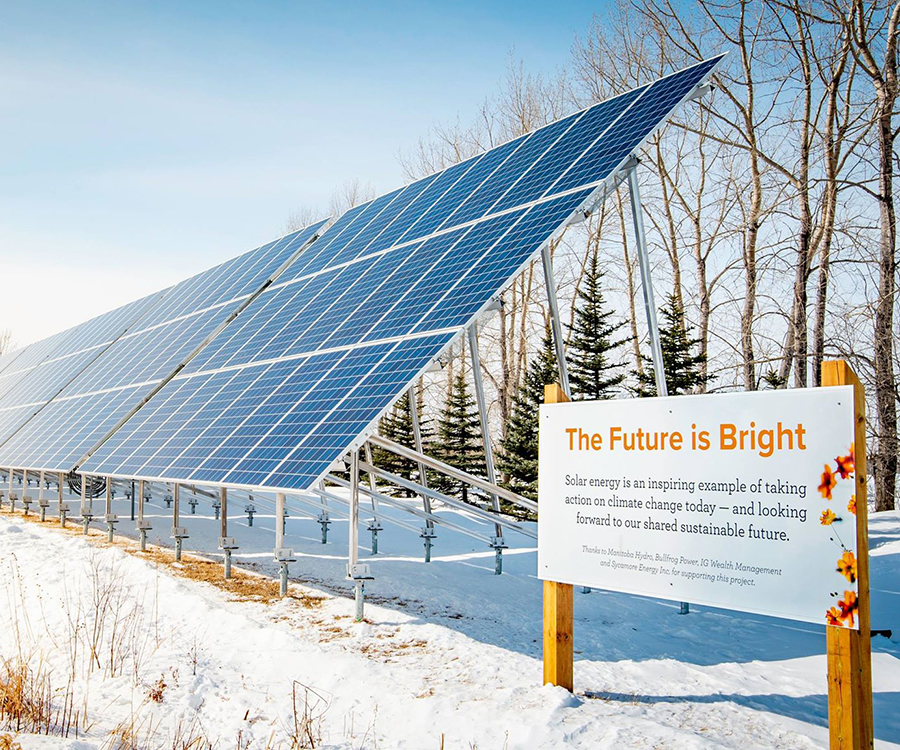 It’s a question we’ve all heard and answered a thousand times at various parties and events and we all have our standard three words “I’m in (insert your field here)” response ready to go. But when Justin Phillips asked Alex Stuart that question back in 2007, his response was a bit different and led to the creation of what is now known as Sycamore Energy Inc.

Rather than respond with what he was doing, Alex instead told Justin all about what he wanted to be doing, which was to develop a new approach to renewable energy.

“The business started with a focus on vertical axis wind turbines. We couldn’t help but look at all the empty rooftops around us and see the potential to make wind energy a common household addition,” said Stuart who founded the business with Phillips in 2008 and now serves as its Chief Operating Officer. “Plus, at the time it was much more economical to generate wind energy than through other renewable sources. But when the market conditions changed, so did we.”

Sycamore Energy is a made-in-Manitoba success story, with over a decade in the renewable energy sector and now with a specific focus on solar energy technology and installations. That experience in the solar industry has led to the creation of Solar Manitoba and Solar Saskatchewan as part of the Sycamore brand family, as well as Sycamore Electric Inc.

Early on, Alex and Justin both saw the need for – and business potential of – a Manitoba company dedicated to finding innovative ways to tap into renewable energy sources and improving upon the technology that already existed. That led to the first iteration of their company – Global Wind Group.

For any Dragon’s Den aficionados thinking that name rings a bell, you would be right. Global Wind Group appeared in season six of CBC’s popular investment program and, although they didn’t come away with a dragon on board, it proved to be another valuable step in what is now a 40-person company.

Another major part of Sycamore’s growth, according to Stuart, was their early location within the incubator space located at the University of Manitoba, which eventually evolved into North Forge Technology Exchange.

“When you’re a start-up you have so many questions about all aspects of business development, and for us, there was also a steep learning curve when it came to the nuts and bolts of wind and solar energy,” said Stuart. “Being part of the incubator really helped us hit the accelerator and gave us the ability to take advantage of timely opportunities. It was a big part of our success, which is why we’ve developed a relationship with North Forge so that we can teach others what we’ve learned along the way.”

For Stuart and Phillips, they see the future of solar and other renewable energies as a space where Manitoba can be an industry leader, generating revenue, new jobs and the potential for social improvements in other areas of the world where reliable energy isn’t the assumed norm as it is in Canada.

“As businesses go, renewable energy is as perfect as they come for us,” said Stuart. “From a pure business standpoint, there is a huge business opportunity to be had. But just as important is the fact that we can leverage our business to make a real social impact for communities both here and around the globe.”

While it appears the future of solar energy is destined for considerable growth in the coming years, for Alex, Justin and the Sycamore Energy team, the future of solar is now. The company is about halfway through the 300 projects they were contracted to install under the Manitoba Hydro Power Smart Energy Program, they’re just about to launch their new Solar Saskatchewan office, they’re exploring another expansion to the Caribbean and they have now reached the point in their development were they can contemplate megawatt-sized solar projects.

“Like many successful start-ups, we’ve experienced hockey stick growth over the last three years as our capabilities and market conditions for renewable energy started to align really well,” said Stuart. “Those conditions continue to evolve but our company has grown to point where we have the ability to adapt to market changes and capitalize on those changes, instead of being threatened by them.”