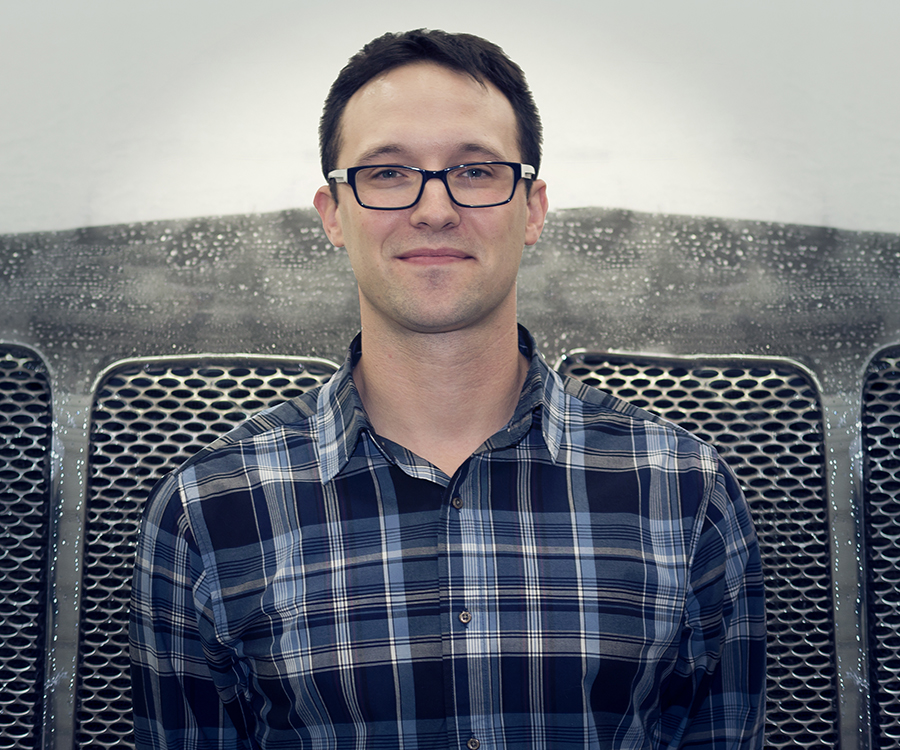 Less than one hour removed from his last day on the job as a freight broker last Friday, Daniel Santos’ insides would likely have been measured by about three parts excitement and one part nervousness as he prepared to propel the industry into the digital age with the introduction of Evotrux.

“After being in the transport industry for over 15 years, you start to realize how brutally inefficient it can be at times, sometimes needing to get in touch with 10 or more carriers to accommodate a single load,” says Santos, reflecting on how much time is potentially wasted in the industry. “If you can believe it, some of the communication to identify shippers for certain loads is still done by fax, so as someone who likes to fix things, I figured there had to be a better way.”

It was this realization that led Santos to create the online platform, Evotrux. For those who are unfamiliar with the transport industry, Santos explains the platform as essentially an online dating site for those looking to move shipments and those who can move them, with a little bit of ebay rolled in.

“The technology behind Evotrux doesn’t reinvent any wheels, but rather takes existing technology and applies it to a new industry,” says Santos. “The platform allows companies to match loads with available carriers and gives carriers the ability to see what loads are available, including a bid system for high demand jobs.”

Another core benefit of the online Evotrux system is that it offers real-time transparency for average shipping rates, eliminating the potential for over-charging.

“I often found that companies looking to ship something were completely unaware what the going rate for that type of load would be, which makes them really vulnerable,” says Santos. “By posting standard rates, companies using the Evotrux platform know they’re getting a fair deal even if they’re not familiar with industry rates before using the site.”

But Evotrux doesn’t just serve the shippers in the transport equation, it’s designed to provide distinct and equal benefits to shippers, carriers and brokers alike.

“Our industry is massive,” says Santos. “And all parties should have an equal chance at success… that’s our mission.”

For carriers, Evotrux offers comprehensive real-time data on available shipments with the ability to bid on multiple shipments at one time. Under the current system, the undeniable reality is you can only speak to one person at any time. That time represents a massive opportunity cost with shipments being confirmed every minute of every day.

Another plus for carriers is the ability to create and build their profile on the system, with clients having the opportunity to rate their services. This gives high performing carriers the ability to avoid constantly resorting to the lowest possible rates as many clients are willing to pay a premium for top of the line service.
Then there are the benefits for freight brokers, as Evotrux isn’t intended to replace the broker but rather gives them the same access to the most up-to-date and complete data as they serve the wide range of companies that don’t have the time or expertise to manage their own transport needs.

That same data gives brokers and carriers another huge advantage, as it offers a snapshot of the current marketplace for those looking to ship and carry goods. This information, and the speed at which loads can be matched between shippers and carriers, can drastically reduce downtime.

“There are roughly 2.5 million trucks operating across Canada and the U.S. and approximately 30% are moving empty at any given time,” says Santos. “Filling those empty miles with available shipments not only improves the carrier’s bottom line but can also reduce the carbon footprint of the industry overall.”

With the backend system for Evotrux complete, Santos is now shifting his sites to working with industry partners for beta-testing of the platform to be completed in December, with plans for a January, 2018 launch. As he looks back at all the hard work it’s taken to get him to this point, Santos is quick to thank those he describes as mentors at North Forge Technology Exchange.

“North Forge gave me access to such a wide range of valuable resources I never would have had,” says Santos. “In so many other markets, adding this level of business expertise would almost always require giving up an equity stake in the business. So having the people at North Forge behind me solely because they want my business to succeed has been incredible.”