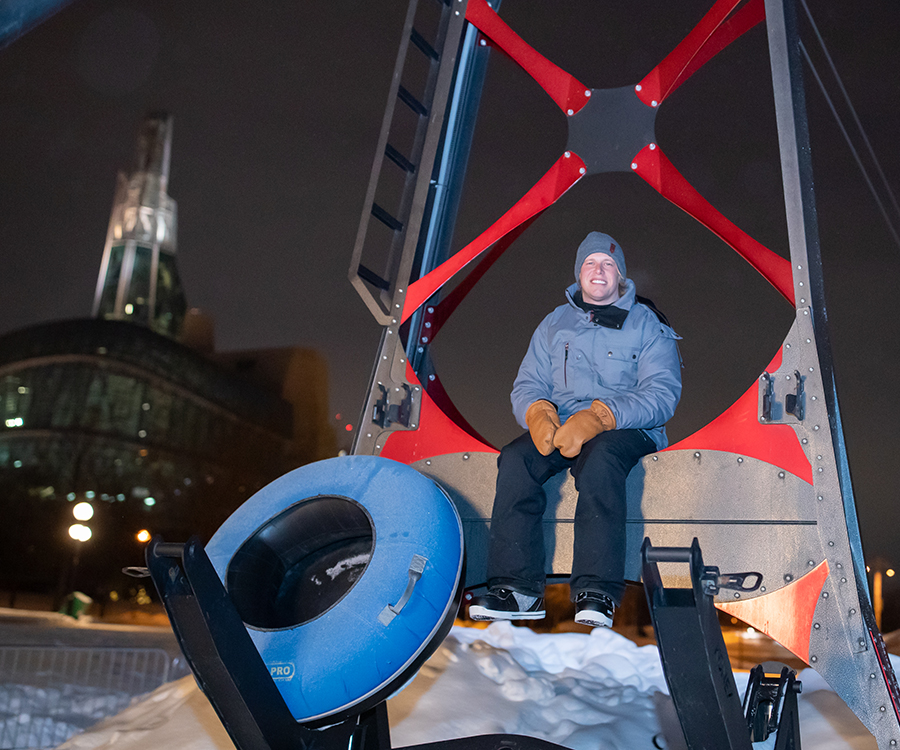 Konex has been making waves since the last time we spoke to co-founder, Daniel Kathan. So, what exactly have they been up to? The list is impressive, to say the least.

Since their launch in September 2016, Konex has been manufacturing and installing their high-performance cable systems internationally and renting out their mobile cable system to wakeboard events throughout North America.

If you live in Winnipeg and have been to The Forks recently, you may have noticed the Konex mobile system at the Arctic Snow Tubing Park. The cable system pulls riders along a snow track for a 5-minute ride and allows them to go up to 33 km/h.

Although Daniel and his team are having a great time with their setup at The Forks, they’re also looking ahead to the summer, searching for high traffic locations around North America to set up a tube park. On top of their cable systems in Ontario, Australia, U.K and Italy, they will also be installing new systems in the south of France and, believe it or not, Kenya.

These are no small accomplishments, and Daniel has come a long way since co-founding the company in 2014. “The idea for Konex came from my experience with maintaining and riding German made machines at Adrenaline Adventures,” says Kathan, “Also, the dream of having a private wake park in my backyard.”

With an idea in mind, Daniel joined the North Forge Startup Program and was mentored by former North Forge President, Jeff Ryzner. “Jeff took the time to sit down with me and genuinely wanted to learn more about cable systems and what I thought the market needed. Although I was young, nervous and out of place in the startup community, Jeff took me seriously and believed in Konex when no one else did,” says Kathan.

The North Forge community is always thrilled to see one of their own find success, and the list of impressive accomplishments will undoubtedly continue to grow for Konex. They are testing new materials with the International Waterski Wakeboard Federation (IWWF) this summer; if the testing is successful and the IWWF Olympic bid is approved, there is a very strong likelihood that Konex will be the supplier of cable systems for the 2024 Olympics.