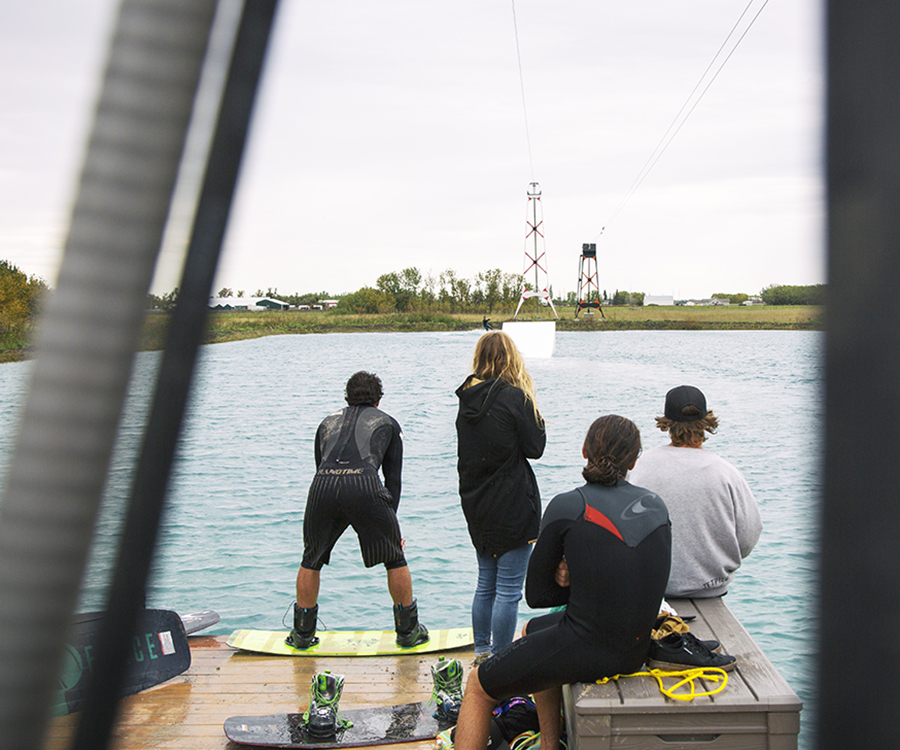 Konex unveiled its innovative cable wakeboard system with a launch event on September 16 complete with pro wakeboarders, food trucks, music and nearly 200 people celebrating at the company’s research facility just outside the Perimeter in Vermette.

“I saw the problems with existing systems first-hand,” said Daniel. Those problems included long down times awaiting parts and maintenance, equipment that could not be easily customized, and most importantly didn’t offer the performance riders demanded.

Daniel has spent the last three years developing the Konex system along with his father, Alan. In that time, the company has gone from a couple of dreamers, to underdogs to becoming a threat to the established companies in the industry, said North Forge President Jeff Ryzner. Ryzner witnessed the tenacity the two had to overcome the challenges in the drive to commercialize their game-changing technology.

Konex innovation has resulted in a cable system that is better engineered and constructed than anything that has come before. “It’s safe, easier to maintain and costs less to service than our competitors’ products,” said Daniel. Its clean design is also a fit with a sport where style matters. But most importantly for riders, the Konex system’s technology results in a superior ride.