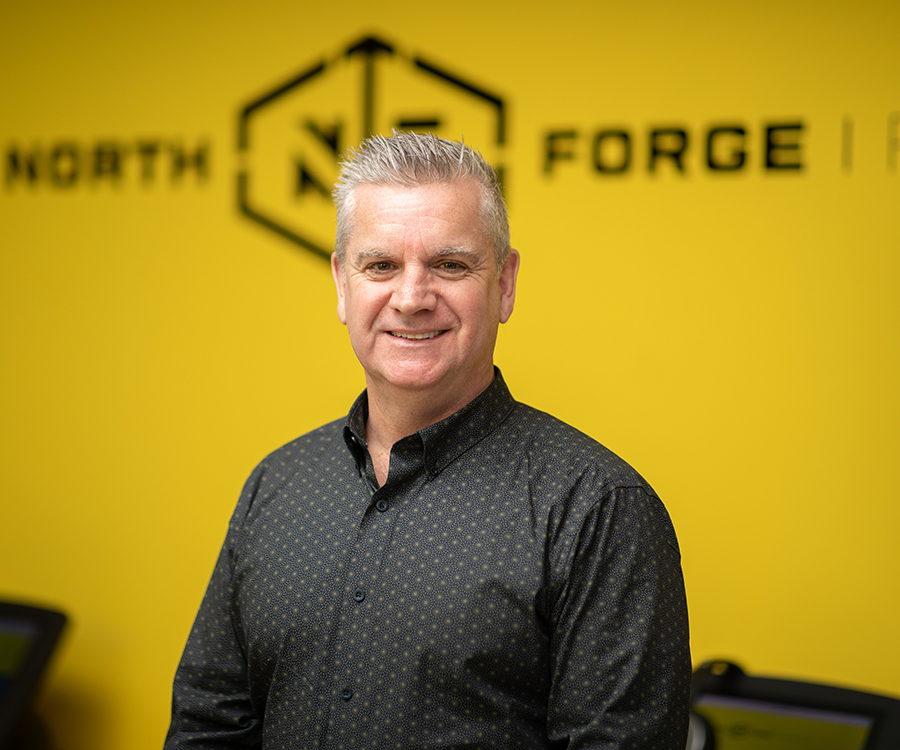 Dan Palsson is trying to make a huge impact on the sport of hockey by lessening the impact players experience on the ice.

Dan is the founder of ASKJA a protective technology company with its sights set on revolutionizing hockey player safety through innovative foot protection. It’s an exciting new concept – even if it wasn’t what he initially had in mind.

“The first product I developed was a shock absorbing goalie mask,” said Palsson. “I’ve had several concussions myself and I found a way to insert cushioned strips into the mask to absorb and dissipate the impact.”

To try and get his new product moving, Palsson had several connections within the True North organization but wanted to go through proper channels so he headed straight for their equipment manager.

“He liked what he saw but he told me what they really needed more than anything was better foot protection for the players,” said Palsson. “The numbers were staggering – NHL teams were losing $214 million each year in lost player time due to injury and one-third of that was from foot injuries.”

For someone with an entrepreneurial mind like Palsson, that was all he needed to hear. He had a prototype ready to go in less than two weeks – a product now known as Helskore Skate Armour – and with seven games left in their regular season, Winnipeg Jet Nikolai Ehlers was the very first NHL player to wear the product during a game.

Helskore is a lightweight plastic-free protective skin added to the skate exterior that’s both thin and effective so it won’t negatively impact on-ice performance – something that was critical for someone like Ehlers who is known for his speed.

Palsson took the initial feedback and approached North Forge for some help in developing the second prototype, as well as documenting and communicating the science behind it.

“The product testing went really well. We simulated a 100 mile per hour slap shot and Helskore absorbed enough of the impact to essentially bring the shock down by 30 miles per hour,” said Palsson. “When you’re talking about a puck hitting bone, that’s a big deal.”

North Forge helped Palsson package the new information and he’s been taking every opportunity to meet with each professional team’s equipment manager as they come through Winnipeg or travelling to their home city.

To date, Helskore is now being actively used by 130 players across the NHL, KHL, AHL, WHL and the NCAA. From those users, the product has been successfully used in over 2,000 games and there hasn’t been a single report of a bone bruise, break or missed game among the users.

“More and more teams are mandating foot protection for their players because they know these kinds of injuries can be avoided and what it costs them when they happen,” said Palsson. “One of my clients is the University of North Dakota and they’ve actually started to promote their use of foot protection as a recruiting tool because the last thing these kids want is to lose valuable game time to injury.”

Beyond continuing to market Helskore to the countless professional hockey teams within different leagues across North America, Palsson is also working on a retail strategy for the product to get it into the hands of non-elite players. Plus, there’s the potential for Helskore to be used as a protective application for other sports as well, such as baseball where hitters and pitchers are often dealing with the same kind of impact injury issues.

For Palsson, it’s now at the point where pulling all night fabrication sessions is becoming the norm, but he wouldn’t have it any other way. “I got into this because I wanted to provide for my family, run my own company, wear flip slops and shorts as many days as possible and to put a sinful rock on my wife’s finger,” said Palsson. “It’s a ton of hard work, but I wouldn’t trade this for anything in the world.”